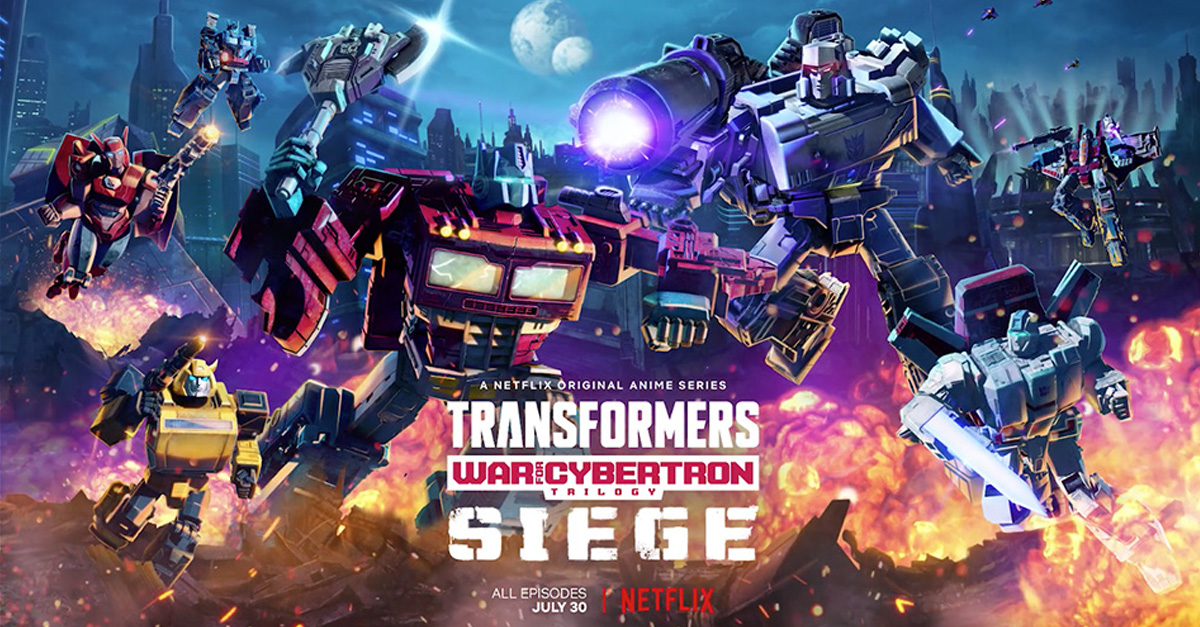 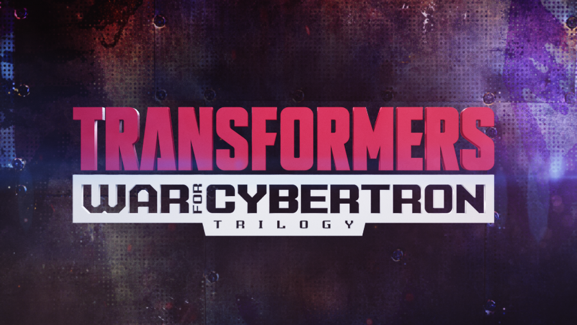 LOS ANGELES, CA – Feb. 22, 2020 – Netflix and Hasbro, Inc., in partnership with Rooster Teeth, today released the first teaser trailer for Chapter One of the highly anticipated TRANSFORMERS: WAR FOR CYBERTRON TRILOGY, premiering on Netflix. The Series raises the stakes of the Autobot and Decepticon war with Chapter One having six, twenty-two minute episodes, complete with a new animation look and style that presents the TRANSFORMERS bots like you’ve never seen them before. The TRANSFORMERS: WAR FOR CYBERTRON TRILOGY plunges us deep into events that live at the heart of this legendary franchise, with SIEGE shining a spotlight on a critical timeframe in TRANSFORMERS history on Cybertron.

TRANSFORMERS: WAR FOR CYBERTRON TRILOGY: SIEGE begins in the final hours of the devastating civil war between the Autobots and Decepticons. The war that has torn apart their home planet of Cybertron is at a tipping point. Two leaders, Optimus Prime and Megatron, both want to save their world and unify their people, but only on their own terms. In an attempt to end the conflict, Megatron is forced to consider using the Allspark, the source of all life and power on Cybertron, to “reformat” the Autobots, thus “unifying” Cybertron. Outnumbered, outgunned, and under SIEGE, the battle-weary Autobots orchestrate a desperate series of counterstrikes on a mission that, if everything somehow goes right, will end with an unthinkable choice: kill their planet in order to save it.

“We’re thrilled to be working with Rooster Teeth, Netflix and Hasbro to bring this fan-oriented MORE THAN MEETS THE EYE story to life,” said Shuzo John Shiota, Polygon Pictures Inc. (PPI) President and CEO. “The TRANSFORMERS universe has so many rich characters and engaging stories. Getting the opportunity to be part of the team bringing the robots in disguise to life in this new trilogy is unbelievable.”

“The TRANSFORMERS brand is a global phenomenon with toys, consumer products, films, television shows, and literature, resonating with millions of passionate fans around the world," said Tom Warner, Senior Vice President for the TRANSFORMERS franchise for Hasbro. “This brand new Netflix series will add to the incredible slate of TRANSFORMERS offerings with a truly unique story that will delight both existing fans and those being introduced to the wonder of robots in disguise.”

"TRANSFORMERS: WAR FOR CYBERTRON TRILOGY marks the inaugural production for our Rooster Teeth Studios division and we’re proud to be partnering with and entrusted by Hasbro and Netflix," said Matt Hullum, Rooster Teeth co-founder and Chief Content Officer. "As fans of these characters, it's been a joy bringing our storytelling and animation expertise to this project. This teaser trailer is just a taste of what’s to come in this series, and we can’t wait to see what the fans think, especially our Rooster Teeth community!"

Hasbro (NASDAQ: HAS) is a global play and entertainment company committed to Creating the World's Best Play and Entertainment Experiences. From toys, games and consumer products to television, movies, digital gaming, live action, music, and virtual reality experiences, Hasbro connects to global audiences by bringing to life great innovations, stories and brands across established and inventive platforms. Hasbro’s iconic brands include NERF, MAGIC THE GATHERING, MY LITTLE PONY, TRANSFORMERS, PLAY-DOH, MONOPOLY, BABY ALIVE, POWER RANGERS, PEPPA PIG and PJ MASKS as well as premier partner brands. Through its global entertainment studio eOne, as well as its entertainment labels, Allspark Pictures and Allspark Animation, Hasbro is building its brands globally through great storytelling and content on all screens. Hasbro is committed to making the world a better place for children and their families through corporate social responsibility and philanthropy. Hasbro ranked No. 13 on the 2019 100 Best Corporate Citizens list by CR Magazine, and has been named one of the World’s Most Ethical Companies® by Ethisphere Institute for the past eight years. Learn more at www.hasbro.com, and follow us on Twitter (@Hasbro) and Instagram (@Hasbro).

Netflix is the world's leading streaming entertainment service with over 167 million paid memberships in over 190 countries enjoying TV series, documentaries and feature films across a wide variety of genres and languages. Members can watch as much as they want, anytime, anywhere, on any internet-connected screen. Members can play, pause and resume watching, all without commercials or commitments.

Rooster Teeth is a pioneering media and entertainment company responsible for some of the biggest online series in history, such as the award-winning and longest-running web series, Red vs. Blue. They also produce the globally acclaimed animated series RWBY, the first western anime series to be distributed in Japan; the award-winning Rooster Teeth Podcast; and Immersion, a reality format that brings video game theory to the real world. Rooster Teeth has a massive global footprint of more than 45 million subscribers to its YouTube Network, 5 million unique monthly visitors to its RoosterTeeth.com hub and 3 million registered community members. The company was founded in 2003, and is a subsidiary of Otter Media, a WarnerMedia company. Discover more at RoosterTeeth.com.